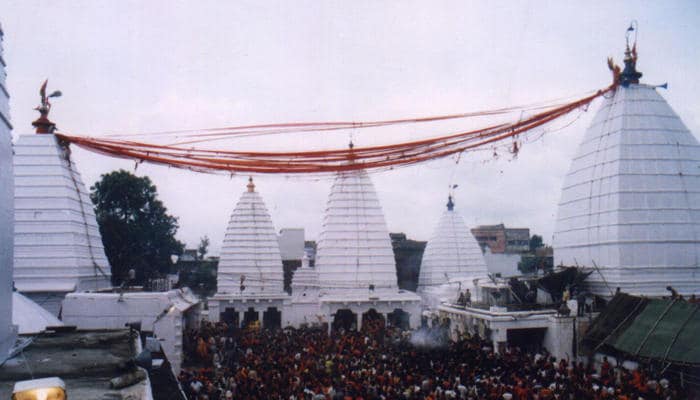 Places like Jharkhand and Madhya Pradesh are known for being home to these famed 12 Jyotirlingas in India other than offering immeasurable scenic beauty:

A highly revered jyotirlinga among the 12 Jyotirlinga names in the country, Vaidyanath or Baidyanath or Vaijinath is also one among the 52 shakti pethas shrines of Sati of Hindu religion. Mythological stories believe that Ravana revered Shiva for years and invited Shiva to Lanka. Shiva showed up as shivalinga and ordered Ravana to not to put down anywhere until he reaches Lanka.

Vishnu interrupted Ravana in between and influenced him to keep the shivalinga at rest for sometimes. Thus, Ravana disobeyed Shiva and since then he resides as Vaidyanath, here in Deoghar. The month of Shravana receives maximum footfall here as people believe worshipping this shrine of Shiva will help them to get rid of all miseries and attain moksha and salvation.

Temple opening hours: The temple is open on all seven days from 4 AM to 3:30 PM and from 6 PM to 9 PM. During special religious occasions like Maha Shivaratri, darshan timings are stretched.
How to reach: The nearest railway station to Vaidyanath is Jasidih Junction. This station can be reached from Ranchi. The temple is just 15 Km away from the station and can be reached in an auto or cab.